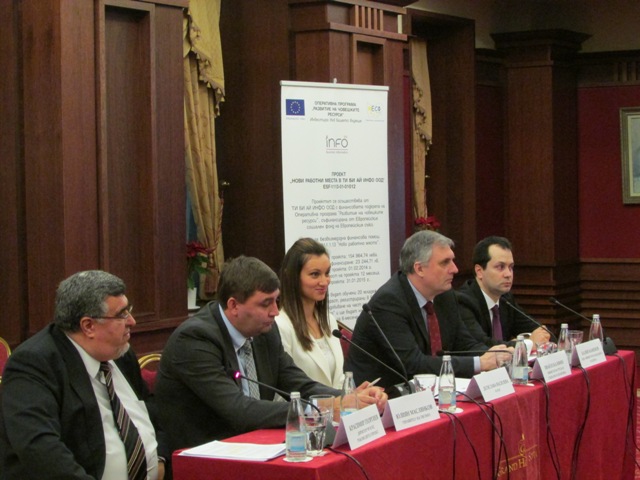 Unemployed young people got the chance to develop themselves

The number of young people who cannot find a job in Bulgaria is growing. According to data of the Employment Agency youth unemployment reaches over 17%, which makes us one of the countries with the highest percent of young unemployed adults in the European Union. Furthermore, the Deputy Minister of Youth and Sports Kalin Kamenov alarmed that Bulgaria is currently in the first place in the European Union in the rankings in terms of young people in the group NEEDS - young people who do not study and do not work.

In the context of this complicated situation 20 long-term unemployed young people finished their training for developers as part of the project "New Jobs", implemented by TBI Info with the financial support of Operational Programme Human Resources Development 2013- 2020.

ASAP participated actively in the process of qualification of young people, conducting a two-month training in the field of SAP. After the end of the trainings and after passing the required exams, young Bulgarians received their certificates issued by ASAP Ltd. and TBI Info Ltd for their competencies. Now the participants are good developers on SAP-ABAP and have an employment contract with a starting basic salary higher than the requirements of the European project.

More information about the training as well as about the event on which the certificates were given to the participants you can find here.

ASAP team strongly believes in the potential of young people!